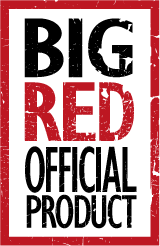 Big Red clothing is the premium sports clothing brand curated and produced by Dan Magness. In 2009 Dan became the first person in the world to keep a ball in the air for 24 hours without dropping it. This amazing feat was followed a few months later by a gruelling 36 mile walk across London in January 2010, keeping a football up the whole time. In June 2010 he extended his 24 hour record by 2 whole hours, raising the bar for other freestylers to strive towards.

May 2012 saw Dan smashing another record by walking from Wembley Stadium (London) to Old Trafford (Manchester) keeping a ball up the whole time. This gruelling 210 mile journey took him 11 days and burned approximately 8000 calories per day!